After more than 25 years of continuous development, APU Educational Development Group, along with its two-member units (APU American International Schools and the American University in Vietnam – AUV), has grown tremendously to become one of the most prestigious and pioneering education systems in Vietnam and the region.

Under the leadership of Dr. Tran Nguyen Thy Binh, thousands of Vietnamese students have received access to international standard education in their homeland. Now we are pleased to be taking the next step on the journey toward integration with the modern global education network. APU Educational Development Group will deploy the American Education Urban Village Project in the Southern Key Economic Region on the border between Ho Chi Minh City and Dong Nai Province, marking a new milestone for American standard education in Vietnam.

When Dr. Thy Binh first returned home from the US in the late 20th Century, she noticed the lack of a high-quality learning environment for students, and she wanted to change that. She made bold plans to build an American education system in Vietnam, including an American university, to create opportunities for Vietnamese students to access modern international education. In 1999, she applied for a license to establish the American University in Vietnam. While waiting for the permit, in 2004, she founded the APU American International School. This was the first K-12 international school in Vietnam licensed to teach American education programs to Vietnamese and international students in Vietnam.

Following the success of APU in Ho Chi Minh City, in 2015, APU American International School in Da Nang was established. Finally, in 2019, the APU Bilingual Program was opened to meet the unique learning needs of all students.

The Year 2015 was necessary for the APU Educational Development Group as the American University in Vietnam (AUV) was officially granted a license to operate and held the opening ceremony with an investment capital of 150 million USD. This was the very first American university in Vietnam. It was led by highly qualified and experienced educators and administrators and contributed to raising the level of education in Vietnam with the mission of providing American-standard Bachelor's, Master's & Doctoral training programs to Vietnamese and international students.

Since then, more than 5,000 alumni from APU and AUV have gone on to succeed at prestigious universities in the US and the world, with the dollar value of scholarships offered to them increasing yearly. With the stepping stones of APU and AUV, many former students have graduated from prestigious universities around the world and become successful entrepreneurs or hold influential positions in global companies such as Boeing, Abbott, KPMG, Google, Tesla, Amazon, etc.

This APU American education system records new achievements each year employing curriculum recognized by Cognia, the world accreditation organization and a member of the "World Schools" system. APU alums received more than 25 million USD in scholarships in 2022. In addition, APU appeared in the special publication "International Schools of the Year 2021" by Siliconindia magazine, and "The Most Trusted Boarding Schools 2021" list published by Knowledge Review. Recently, the EAGLE ARENA multi-purpose gymnasium that has been inaugurated with a seating capacity of 5,000 has once again reaffirmed the prestige and internal strength of the American education systems of APU and AUV.

Providing immense value to Vietnam's aviation industry are the aviation majors: from Aviation Engineering and Administration to Civil and Professional Pilots. These have been created through cooperation with prestigious universities such as the Florida Institute of Technology, Central Washington University, and Arizona State University. AUV and APU Group are the first educational institutions in Vietnam to actively contribute to developing and training high-quality human resources in the aviation industry for Vietnam Airlines and the world airlines. Since 2005, APU has partnered with leading partners in the aviation industry and prestigious universities in the US to successfully train many students for careers with Vietnam Airlines, the nation's flagship airline. These and other former students have completed aviation engineering, administration, and pilot training programs and currently hold important positions at leading aviation companies in Vietnam and internationally.

In addition, the Health & Sciences major includes training in Medicine, Dentistry, Pharmacy, and Nursing, and partners with leading American universities like Arizona State University, Virginia Commonwealth University, the University of Missouri at Kansas City, and the University of Connecticut. The American Education Urban Village gives students everyday real-life experience and the ability to train with prestigious doctors, dentists, and pharmacists. Most notably, with the Health & Sciences major, students can practice at real American hospitals without leaving the American Education Village.

Critical training programs are provided at all levels (Bachelor's, Master's, and Ph.D.) to meet the needs and orientations of students, helping them to join American universities without any certificate or entrance test. In addition, students can participate in AUV's Distance Learning Program, which allows students to receive transferable credits from world-renowned universities right at AUV's lecture halls with state-of-the-art distance learning equipment. These advantages help Vietnamese and international students conveniently access the global standard training environment right here in Vietnam, saving costs and time.

As Vietnam's economy integrates with the world, acquiring knowledge through high-class, independent, American-standard educational programs will bring many advantages to Vietnamese students. With the history and experience of leading generations of successful students across all industries, AUV and APU Educational Development Group will continuously cooperate with world-renowned universities and critical partners, creating the best conditions for Vietnamese students to go forth into the world with confidence, enthusiasm, and the ability to adapt to situations and succeed in any country.

AUV - The American University in Vietnam 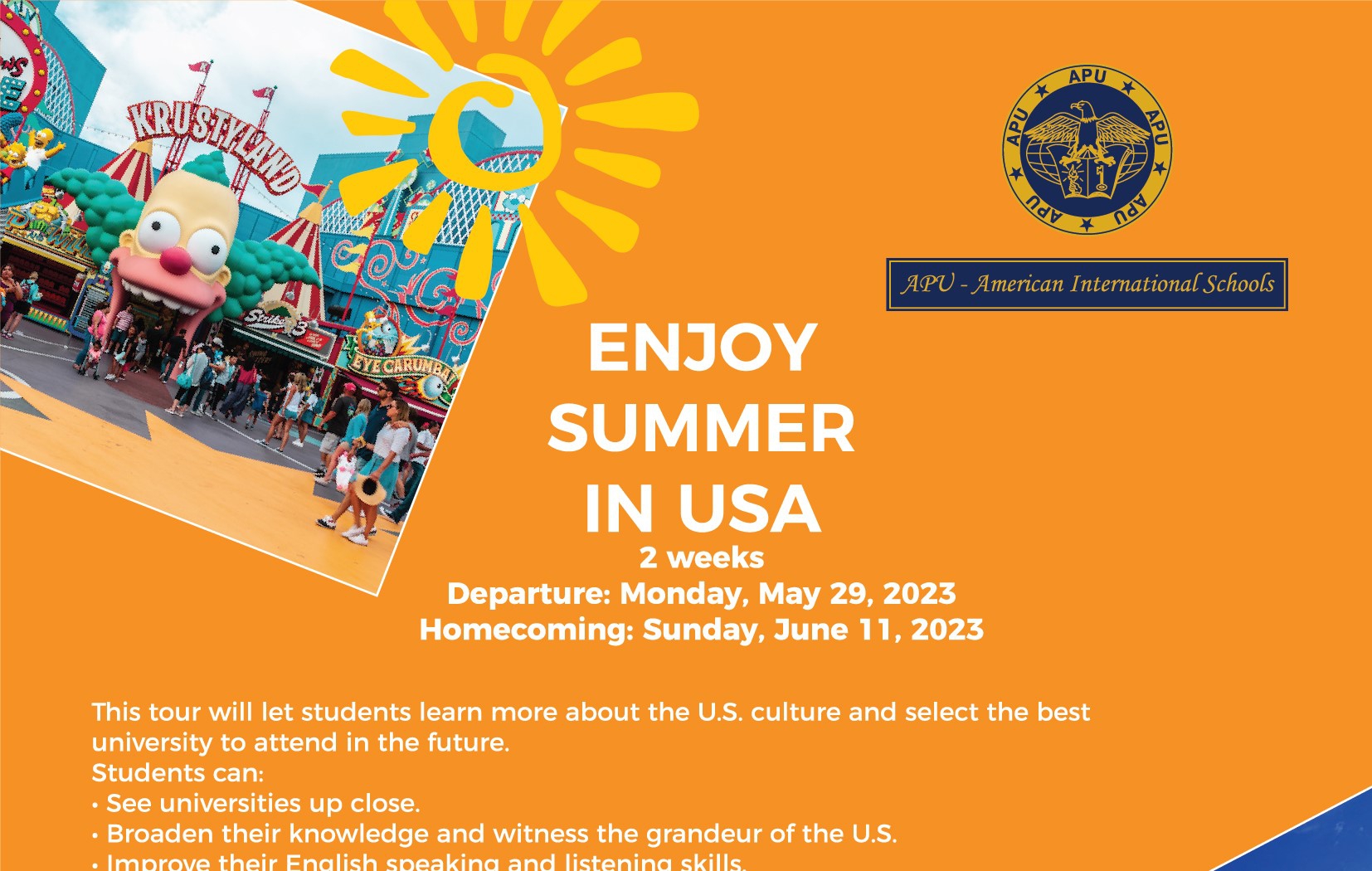 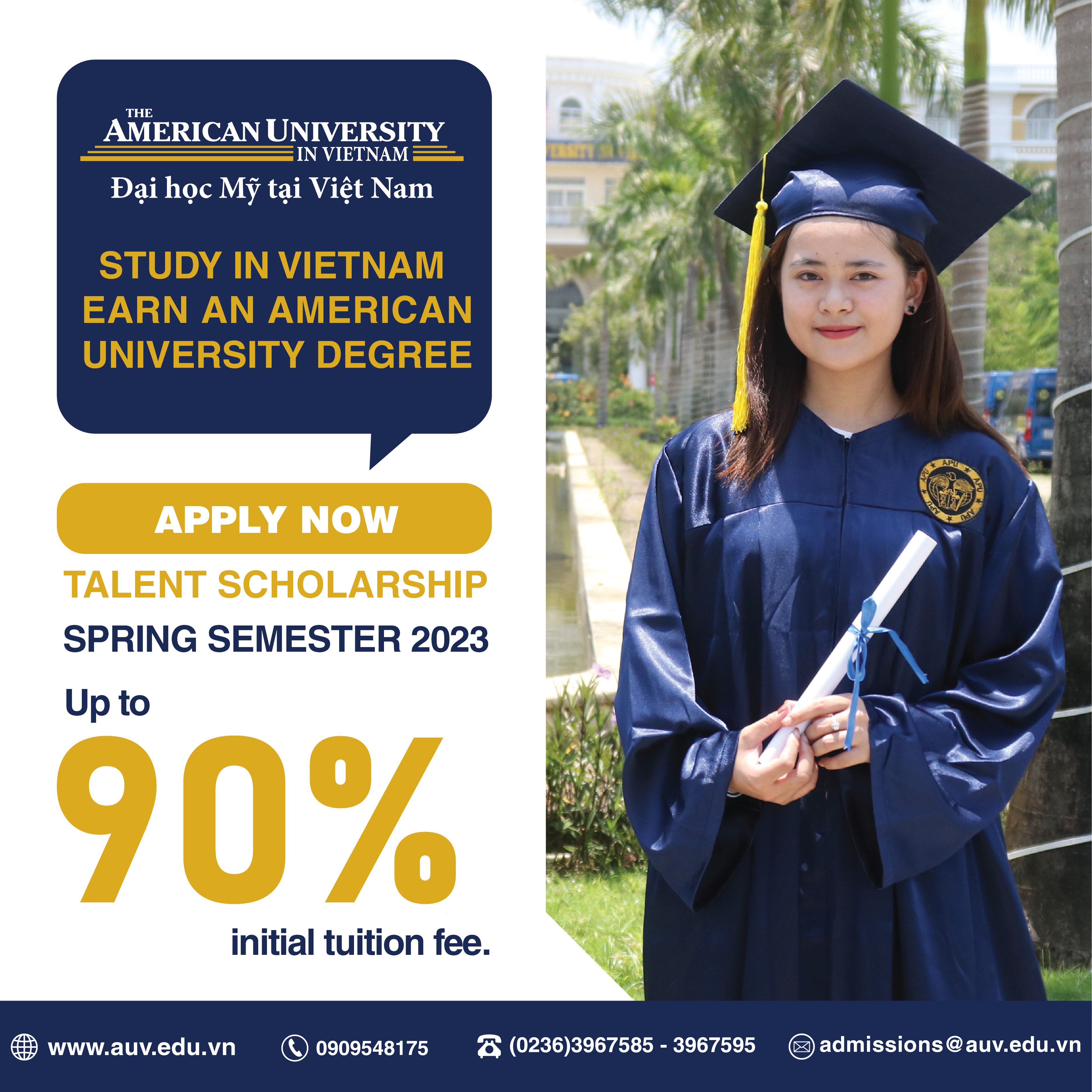 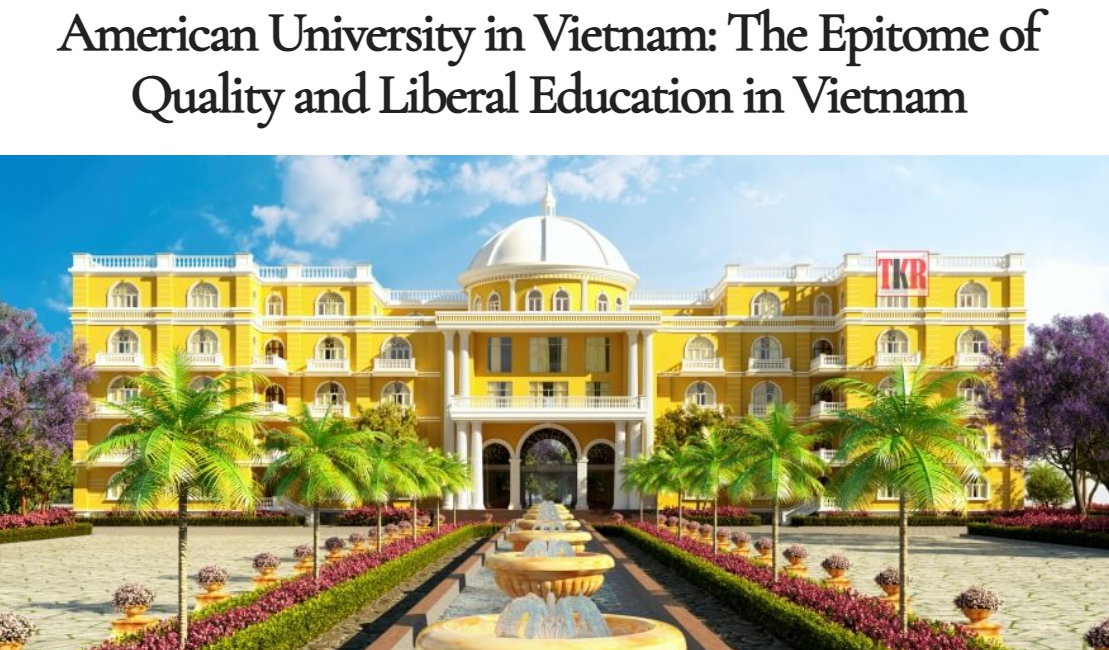 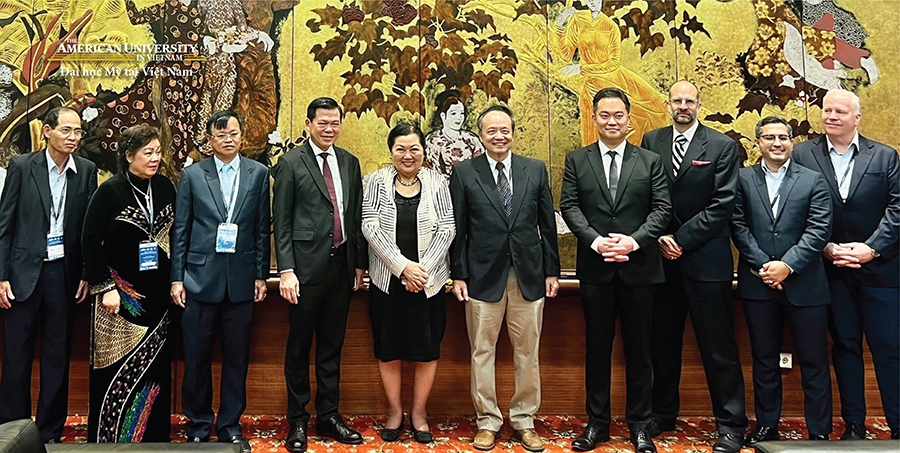 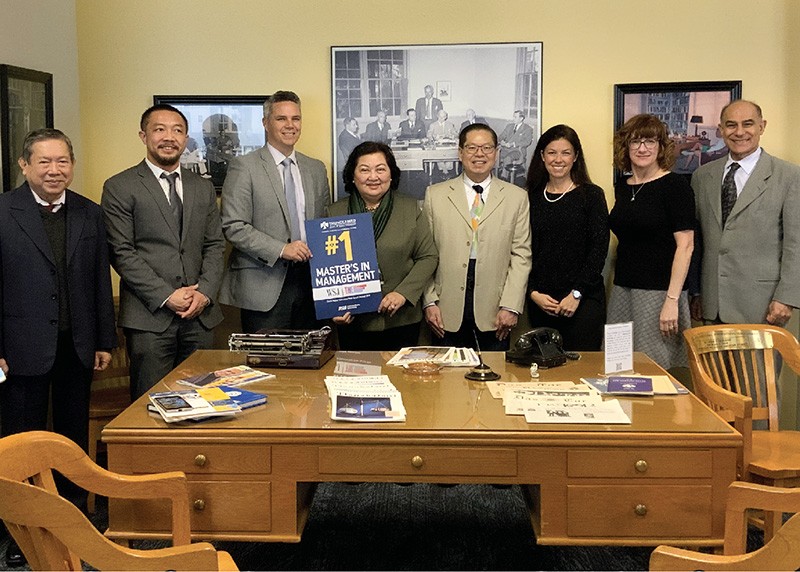 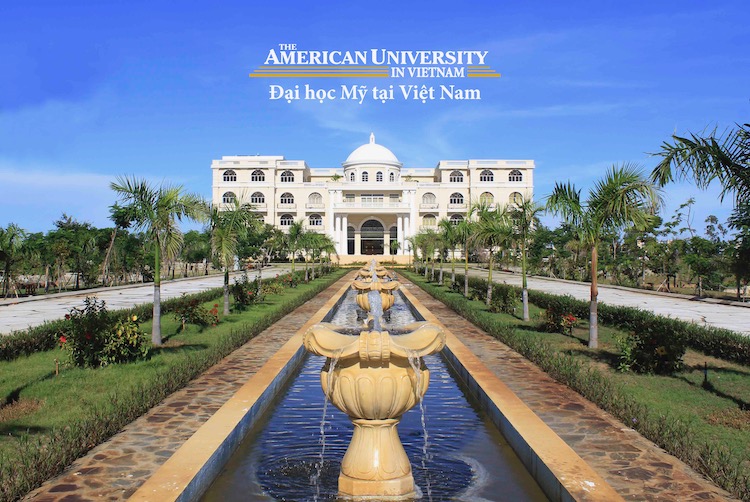 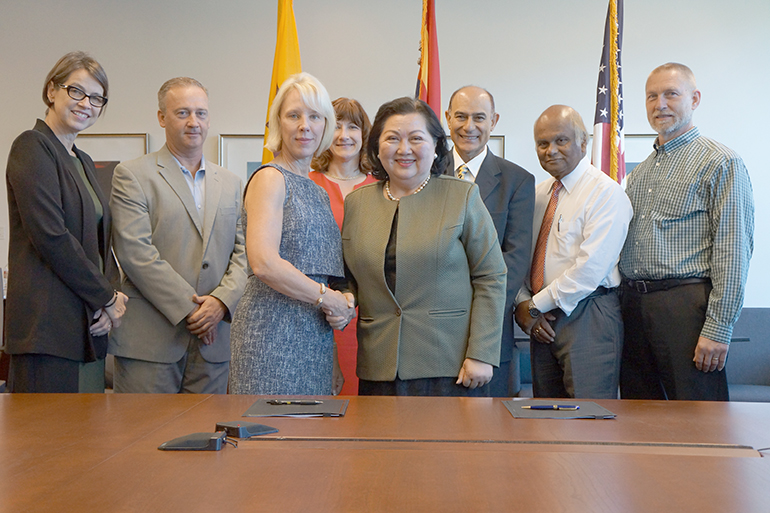 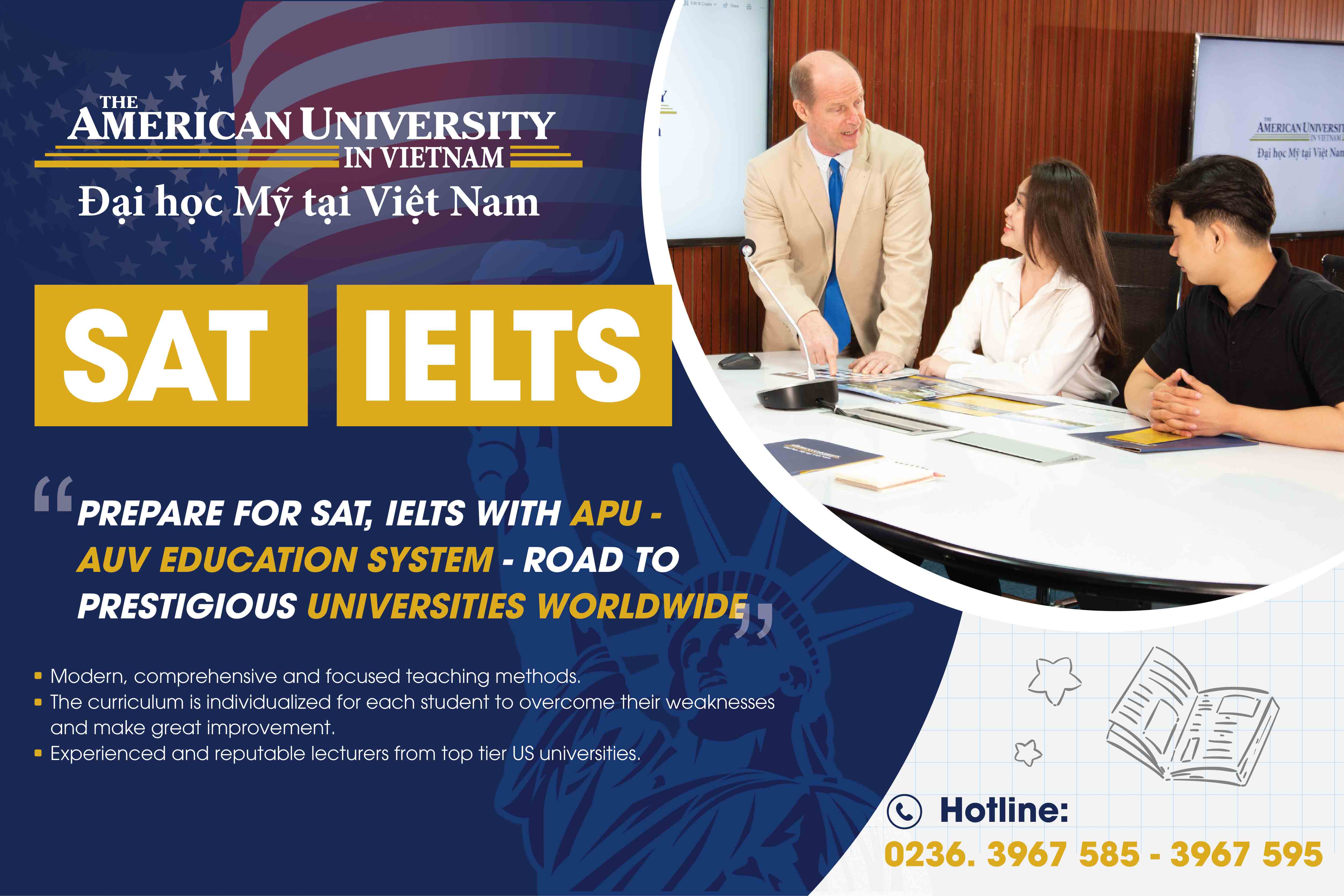 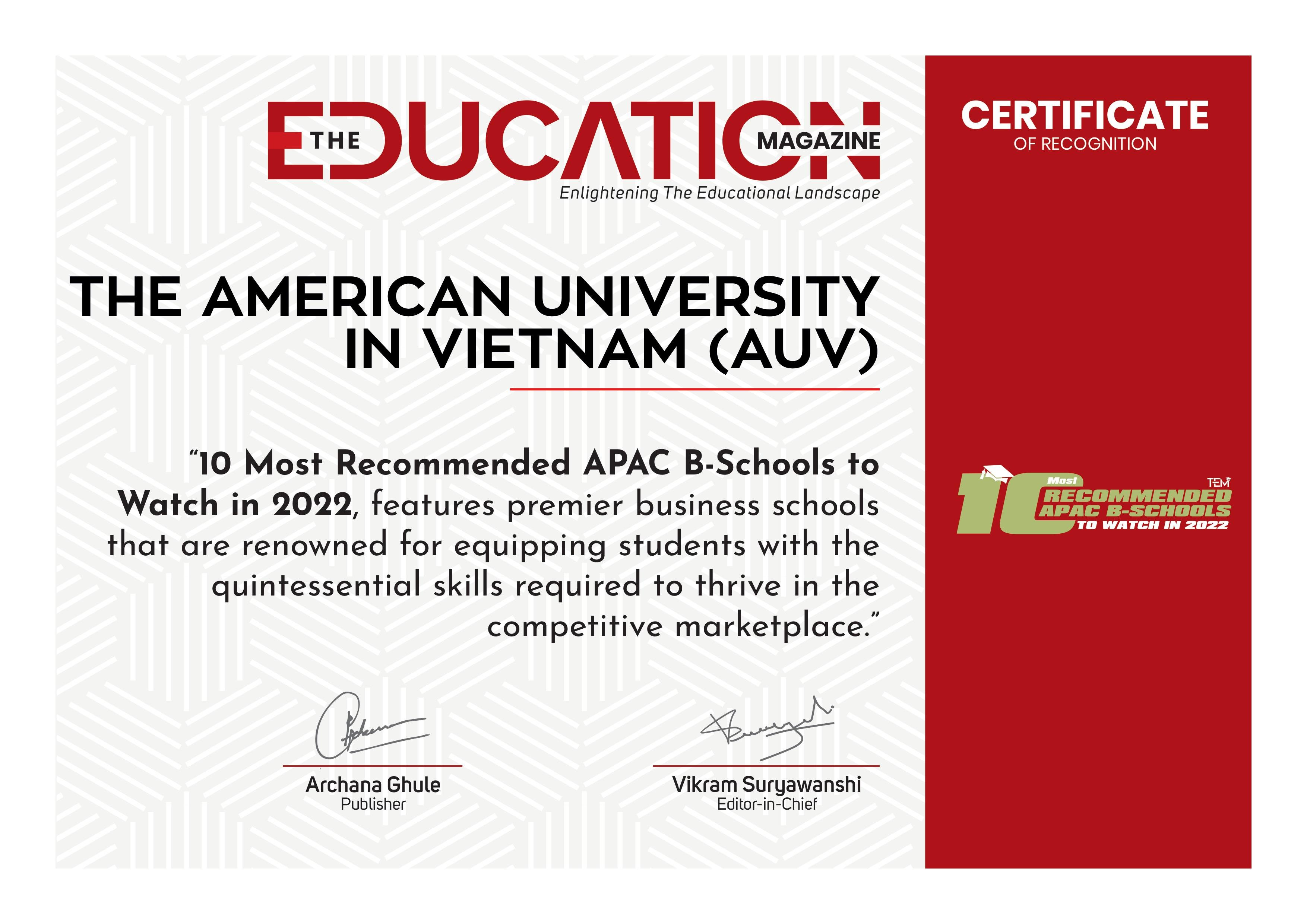 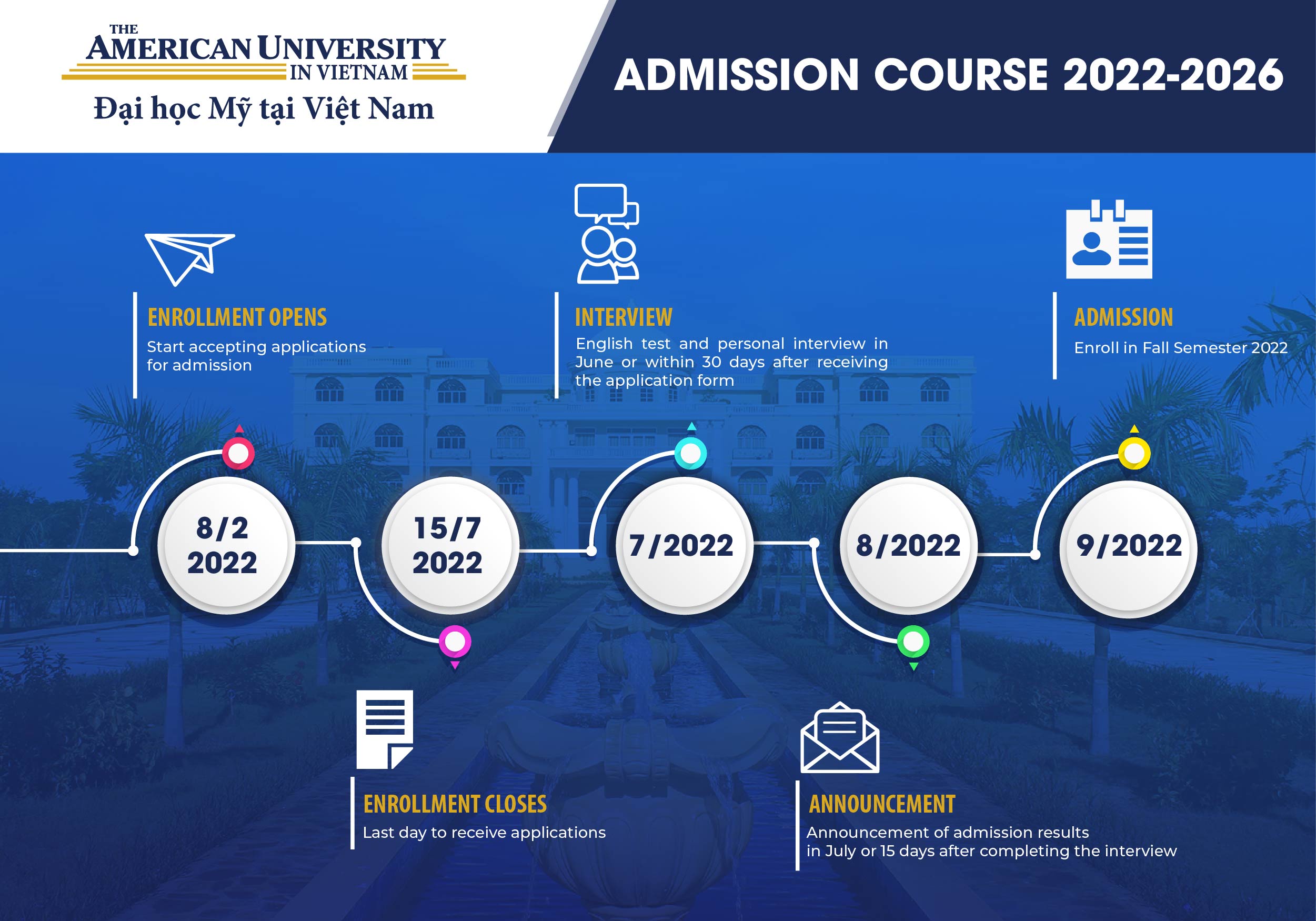